A large serving bowl for salad or pasta

Our Portuguese maker has the art of making ceramics running through his veins. They have for over a century employed talented artisans to keep the traditional potting methods alive to create these wonderfully simple pots.

Made from terracotta, which derives its name from the Italian meaning 'baked earth' this was the only ceramic produced by western civilisation until the 14th Century. In ancient times, the first clay sculptures were dried, or baked, in the sun after being formed. Later, they were placed in the ashes of open hearths to harden, and finally kilns were used, like those used at our pottery today to fire to high temperatures to create a functional ceramic material.

Handmade in Portugal, in a pottery owned by a third generation of a passionate family of potters.

Hand-wash only. Do not soak 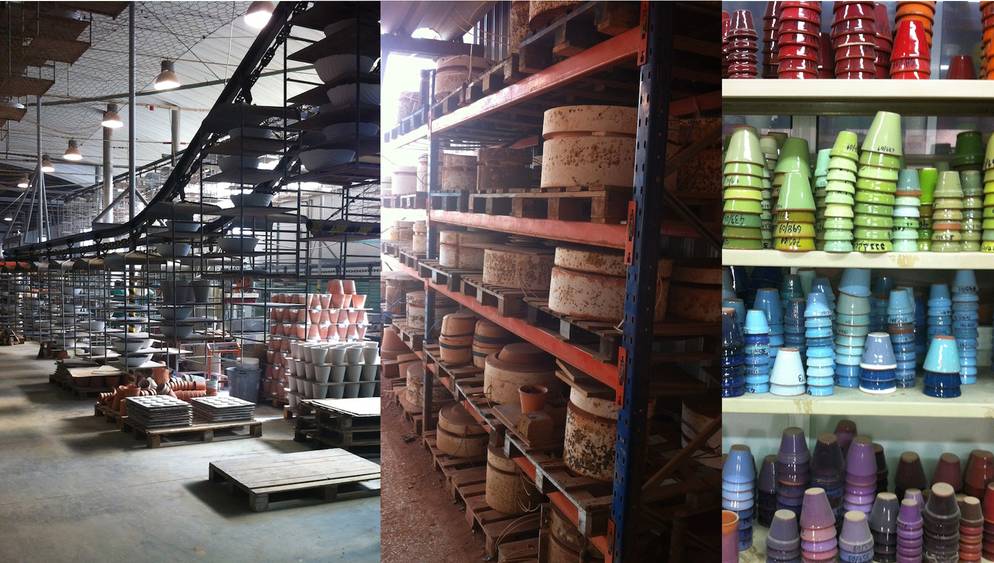 Our range of plain, simple and useful white terracotta is contrary to the traditionally decorated, elaborately adorned and brightly coloured Portuguese ceramics.

Our Portuguese maker has a long heritage in creating ceramic products. A family owned business dating back to 1885 when their founding ancestor first started to produce ceramics.

Their pottery still makes handmade pots, is still inspired by traditional shapes and they genuinely use old original production techniques.

We love their passion for the handmade and how their family history has remained an important part of their company. They still use the same factory workshop that was established at the beginning of their family's ceramic journey all those years ago, treasuring the inspiration and honouring the passion and commitment from years gone by.

Proud of its heritage and well-known for its ceramics, the Algarve has been a hub of human activity for centuries. A key trading route for the Greeks, Phoenicians, Romans and Moors, Portugal has welcomed a multitude of highly developed civilisations that have contributed to the rich tapestry of its heritage. All have added their flair, creativity and skill.